2023 has just started – and it’s a great start for ‘Battery Pass’: A live-streamed session of The World Economic Forum Annual Meeting in Davos was dedicated to the question “why we need battery passports”, formally announcing the launch of the world’s first battery passport proof of concept by the Global Battery Alliance (GBA), an initiative originally incubated by the World Economic Forum. Discussion points included how a battery passport can contribute to protecting human rights, safeguarding the environment, and informing consumer decision-making.

Batteries power the energy transition to a sustainable future but require critical minerals, the extraction of which comes with environmental and human rights risks. Digital battery passports will be a core tool to enable the sustainable scaling of battery value chains globally. Several initiatives have been formed around battery passports, among these the Battery Pass with its consortium of 10 industry leading and impacting partners, supporting the realization and implementation of the battery passport according to the new EU Battery Regulation and beyond.

The GBA and the “Battery Pass” project are associated partners since the launch of the “Battery Pass” consortium in 2022 jointly supporting the shared objective of scaling battery passports globally to achieve consistent high quality sustainability data reporting.

Concretely, Battery Pass and GBA are working on

“By creating a harmonized performance standard and framework through the Rulebooks, we will be able to make transparent supply chains the norm creating the pathway to address the issues that are the most salient – and with the urgency they require,” explained Inga Petersen (Executive Director, GBA). She furthermore laid out: “Establishing this proof of concept is a major milestone, but it is only the beginning. We will build on this and continue to build more comprehensive indicator frameworks including streamlined indicators on circularity, for example. Critically, we also need to work on enabling interoperability with existing standards, systems and frameworks, and addressing mission critical issues of data governance, disclosure, commercially sensitive information and data verification.”

BASF, one of the 10 leading Battery Pass Consortium partners, was represented in the GBA session by Dr. Martin Brudermüller (Chairman of the Board of Executive Directors, BASF SE). He laid out that “it is very evident that we need to design this value chain of sustainable battery supply, but also end of life strategies play a key role. It is in the absolute interest of everyone to really tackle this and make it transparent.” 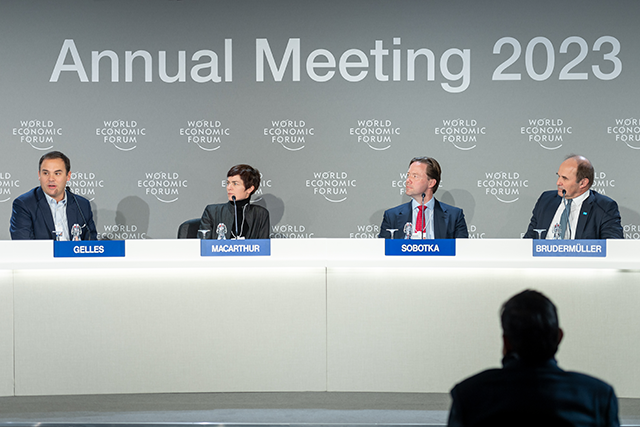 In the series of Sperity’s podcasts called ‘Product Passport Pioneers’, we are proud to see again a key player of the Battery Pass project.

“Battery Pass” webinar kicks off industry consultation with over 250 experts

Experts representing the broader battery passport ecosystem had signed up to the webinar to hear about the latest project updates and to become an active contributor.

Learn from Tilmann Vahle ‘what is the real promise of the digital product passport’.

You can find out more about which cookies we are using or switch them off in settings.

This website uses cookies so that we can provide you with the best user experience possible. Cookie information is stored in your browser and performs functions such as recognising you when you return to our website and helping our team to understand which sections of the website you find most interesting and useful.

Strictly Necessary Cookie should be enabled at all times so that we can save your preferences for cookie settings.

If you disable this cookie, we will not be able to save your preferences. This means that every time you visit this website you will need to enable or disable cookies again.

This website uses Google Analytics to collect anonymous information such as the number of visitors to the site, and the most popular pages.

Please enable Strictly Necessary Cookies first so that we can save your preferences!

Please enable Strictly Necessary Cookies first so that we can save your preferences!